The signs of climate change are becoming increasingly evident and drastic. As 2022 comes to an end, we’re looking at how the climate has changed this year. 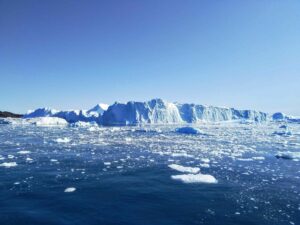 We’re starting in the European Alps which took an exceptional toll with record-shattering ice melt. Average thickness losses of 3 to over 4 metres were measured across the Alps. Meanwhile in Greenland, it rained for the first time in September and its ice sheet lost mass for the 26th consecutive year. In Switzerland, no snow outlasted the summer season for the first time in history, even the highest measurement sites did not have snow meaning no fresh ice accumulation occurred. Between 2021 and 2022 6% of the glacier ice volume was lost.

Increased ice melt has accelerated sea level rise. Between January 2021 and August 2022, sea level increased by 5mm. Over the past 30 years, global mean sea level has risen by an estimated 3.4mm per year. The Arctic Sea ice extent was 4.87 million km2 below the long-term average extent. The lowest level on record was recorded on February 25th at almost 1 million km2 below the long-term average.

The ocean has been dealing with most of our emissions, storing approximately 90% of human-caused greenhouse gases. Record warming levels in the upper 2000m were recorded in 2021, and this warming will only continue. Despite climate action efforts, this change is irreversible on centennial to millennial time scales. In 2022, at least one marine heatwave was experienced by 55% of the ocean surface. In contrast, a marine cold spell was experienced by only 22% of the ocean surface.

Concentrations of the primary greenhouse gases – carbon dioxide, nitrous oxide, and methane – reached record levels in 2021, and have continued to increase in 2022. The global mean temperature during 2022 is estimated to be roughly 1.15 degrees Celsius above the pre-industrial average. 2022 is expected to come in at the fifth or sixth warmest year on record, a rare triple-dip cooling La Nina prevented it from being higher up the scale. However, it is still one of the warmest years in recorded history. The 10-year average leading up to 2022 (2013-2022) is estimated to be 1.14 degrees Celsius above the 1850-1900 preindustrial baseline, compared to 1.09 degrees Celsius between 2011 to 2020. 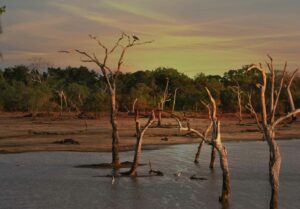 East Africa has suffered from below average rainfall for four consecutive wet seasons. Persistent drought that resulted combined with other factors caused between 18.4 to 19.3 million people to face a face a food crisis and suffer from food insecurity in the months leading to June this year. With another expected drought in the coming season too, the situation is only expected to get worse.

Pakistan suffered horrific floods as record breaking rain took place in July and August causing at least 1,700 death and affected over 33 million people, while displacing 7.9 million people. The flooding came following an extreme record-breaking heatwave during March and April in Pakistan and India.

Cyclones battered southern Africa over two months at the beginning of the year with Madagascar being hit the hardest with devasting floods and torrential rain. Hurricane Ian hit North and South America later in the year causing severe damage and taking further lives. In contrast, significant areas of the northern hemisphere were extremely hot and dry. China experienced the longest heatwave on record and the second-driest summer causing the Yangtze River to reach its lowest recorded level in August. Areas in Europe also experienced record-breaking weather with the UK reaching temperatures over 40 degrees Celsius. However, this came at a cost as drought and wildfires struck many areas, impacting the lives of many. 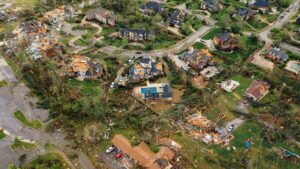 This article is simply an overview of the effects of climate change in 2022, many other devasting events took place. Climate change is not going away, it is only going to get worse. If we want to secure a future, we must act in 2023.