Extreme heatwaves this summer are more than a wake-up call 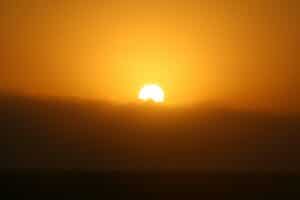 Record-breaking summers
Over the last 20 years, we have witnessed record-breaking summers, but this summer is demonstrating more than ever that we are in a climate emergency. For the first time in recorded history, the UK was given a red extreme heat warning as temperatures in some parts of the country exceeded 40°C, with the highest temperature recorded at 40.3°C. The highest temperature previously ever recorded in the UK was 38.7°C in 2019. In England, at least 34 weather stations exceeded previous temperature records.

The warning comes at a cost. The record temperatures sparked a surge in fires causing several fire services to declare major incidents. London suffered the worst of the fires with grass fires spreading to properties. Tracks overheating or buckling and overhead cables failing caused disruptions to rail services. Many road surfaces warped, and power cuts were experienced across the country. Health problems increased as extreme heat compromises the body’s ability to regulate temperature. Professor Isabel Oliver said last year there was an excess of 1,600 deaths associated with the heatwave and temperatures weren’t nearly as high as those experienced so far this summer. In 2003, an unexpected heatwave in France caused an excess of 15,000 deaths. Heatwaves are responsible for more deaths than any other natural disaster in America, including floods and tornadoes.

A sign of things to come
These temperatures are not “normal”, they are a warning sign of things to come if we do not act. Since the industrial revolution, the global average temperature has increased by 1.1°C. It has been scientifically proven that the burning of fossil fuels and destructive anthropogenic activities are responsible for global warming. If governments do not make steep cuts to emissions to mitigate the worst impacts of climate change, the temperature will continue to increase. 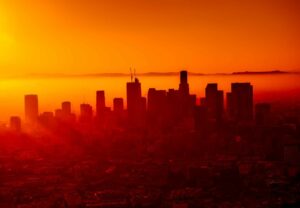 While many in the UK may be enjoying the sun, this is only the beginning. Countries in South Asia such as India and Pakistan have experienced temperatures above 50°C, this is severely detrimental to health and the functioning of society. Temperatures such as this are unliveable, and unless immediate and drastic action is taken, the UK will too be experiencing unliveable weather in decades to come.

During heat waves, the air becomes stagnant, causing pollutants to be trapped closer to ground level harming life, including animals and plants. This impacts the crops we’re reliant on for survival and the biodiversity supporting essential ecosystem services. Extreme heatwaves on an annual basis will not only hinder our survival but other life on the planet.

As the electric demand increases during heatwaves, there is the risk of power outages. The electric demand coupled with warm temperatures reduces the performance of equipment in the power grid. The only solution is to reduce the volume of greenhouse gases we are entering into the atmosphere and reduce the volume of those that have already been emitted.

The most drastic carbon reduction needs to come from governments and the 100 companies responsible for 71% of emissions. However, we can help drive this change above and set a precedent for others to follow.