Living on the edge: the irreversible climate tipping points less than 1°C away 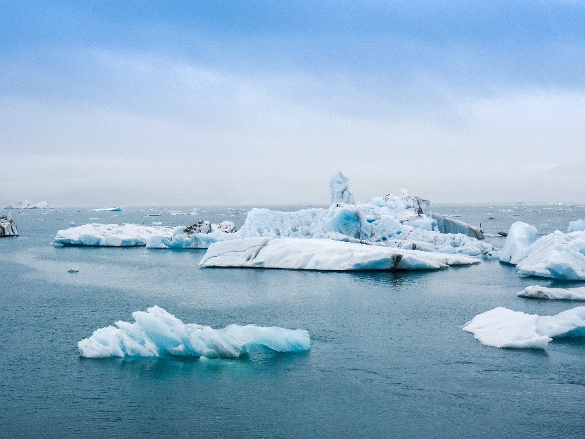 The Earth’s temperature is increasing by approximately 0.32° F (0.18° C) per decade. We have experienced the warmest seven years since 2015, with an 11% chance that 2022 will rank among the top five. If our current rates of warming continue, a new analysis reports that we risk crossing six “dangerous” climate tipping points. Many headlines have been warning of this potential threat, but what are the consequences of exceeding 1.5°C and triggering these climate tipping points?

Firstly, reaching this point would be a climate emergency. A climate tipping point is a threshold where a small change can completely change the state of the system. The International Panel on Climate Change (IPCC) first introduced the term to explain the irreversible significant changes to the Earth’s systems that result when a point is crossed, and the continual breakdown despite external factors. Even if no further warming took place, an irreversible cascade has been triggered that cannot be undone, and the breakdown is inescapable. There will be no chance for mitigation, we must simply adapt to the new state. As the Earth continues to warm, we are continuously at risk of triggering these tipping points. 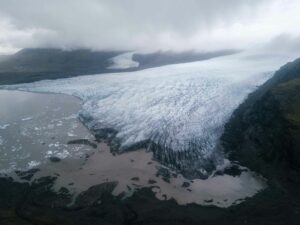 What are the six tipping points?

West Antarctic Ice Sheet collapse
The West Antarctic ice sheet is quickly disintegrating. It is expected that this point is tipped during this century, and evidence suggests that it began in 2014. The entire collapse of the glacier would raise global sea level by 16 feet; however, this will take a few hundred years. The glacier is vulnerable to rapid break-up, thinning and retreat as the bottom is grounded below sea level so warm waters can melt the ice.

Greenland Ice Sheet collapse
Greenland may also become ice-free as the Arctic warms. It is likely that the loss of Greenland’s ice will cross its tipping point this century, however, the full transition will take a few centuries. If this climate tipping point is triggered, the ice melt will raise global sea levels by up to 20 feet. Sea level rise threatens one-third of the world’s 30 largest cities, providing a home to approximately 1.8 billion people.

Collapse of ocean circulation in the polar region of the North Atlantic
The Beaufort Sea is an important reservoir for replenishing the Arctic Sea ice. The Beaufort Gyre is the dominant ocean current of the Beaufort Sea and the Arctic Ocean’s largest freshwater reservoir. Over the past 20 years, its freshwater content has increased by 40%, threatening global climate patterns. The process requires the sinking of dense water and takes place in deep sections of the sea. As the climate changes, freshwater dilutes the salty sea water due to ice melting and increased rainfall and warms it up. The water is less able to sink as its lighter, therefore, slowing the circulation pattern disrupting the delicate climate balance dictating the global climate. 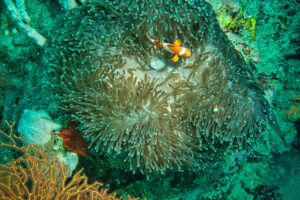 Coral reef die off in the low altitudes
Coral reefs have been declining at an alarming rate, causing a recent study to suggest that once the tipping point has been crossed, coral reefs could completely die off in 15 years. Depending on the intensity of external factors such as climate change, overfishing and ocean acidification, coral cover may completely disappear by 2035. The transition was triggered by a marine heatwave in 2016, but there is still time to save the remaining coral. The consequences of coral reef die off would be devastating, “despite covering less than 0.1% of the ocean floor, reefs host more than one quarter of all marine fish species” the IUCN says.

Sudden thawing of permafrost in the Northern regions
As global temperatures rise, there is an increasing risk that permafrost will thaw. Microbes hibernating in the soil will be brought out, enabling them to breakdown organic carbon in the soil, releasing carbon dioxide and methane into the atmosphere causing further warming. Rapid thawing could be enhanced or triggered by events such as soil subsidence or fires. The carbon stored in the permafrost has built up over vast periods of time, its loss is irreversible, there is no way of getting it back. 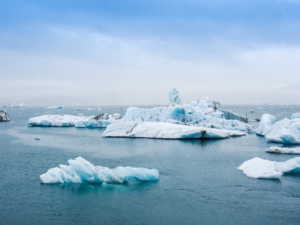 Abrupt sea ice loss in the Barents Sea
The Arctic summer ice melting is considered by many to be one of the greatest threats, and several scientists think we have already crossed this tipping point. As the Arctic warms and the ice melts, the dark ocean water absorbs more sunlight than the ice, causing temperatures to increase as a faster rate, continuing the warming cycle, causing the remaining ice to melt in a positive feedback loop. An ice-free Arctic summer could happen in decades due to rapid global warming. The implications will be global, alongside a whole ecosystem being disrupted.

If the temperature exceeds 1.5°C there are other climate tipping points that could be crossed, further changing the planet as know it. For example, Amazon rainforest dieback and East Antarctic ice sheet collapse. According to the Climate Action Tracker, even if we engage in meaningful and effective climate action, the Earth will still experience an average warming of 1.8°C.

Humans are driving these changes and causing the planet to warm at the current rate. It is therefore up to us to prevent these ‘tips’ from happening and reduce the extent of global warming.